Who was Judge Earl B. Gilliam?

Earl Ben Gilliam (1931-2001) is remembered as much for his warm, expansive personality and gregariousness as for his matchless accumulation of professional and civic awards. With a bachelor's degree from San Diego State and a law degree from Hastings College of Law, he was admitted to the State Bar of California in 1957 and began work in the San Diego District Attorney's Office. From 1961 to 1963 Gilliam was in private practice operating from a "storefront" and volunteering a considerable amount of pro bono legal assistance. At age 38, and at a time when there were only five Black attorneys in town, he was appointed to the Municipal Court in 1963, thereby becoming the first African American judge in the city and county of San Diego. He was elected Presiding Judge in 1971.

Governor Jerry Brown elevated Judge Gilliam to the Superior Court in 1975 making him the first African American judge for the San Diego County Superior Court. He became the first African American U.S. District Court judge for the Southern District of California six years later when President Jimmy Carter appointed him to the U.S. District Court for the Southern District of California. Judge Gilliam proudly held this position until his death. 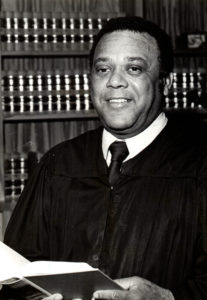 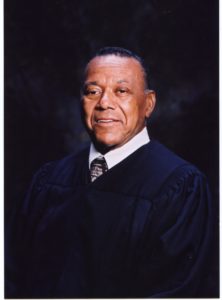 As a sentencing judge, he was known for his compassion, his dedication to trying to understand the individual in front of him, and his leniency for first-time offenders. He was respected for his ability to explain the sentence imposed to defendants and their families in a manner that kept them from feeling bitter toward the criminal justice system. Judge Judith Keep related that Judge Gilliam made
everyone who appeared before him feel the warmth of his soul and the breadth of his humanity. 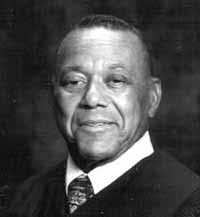 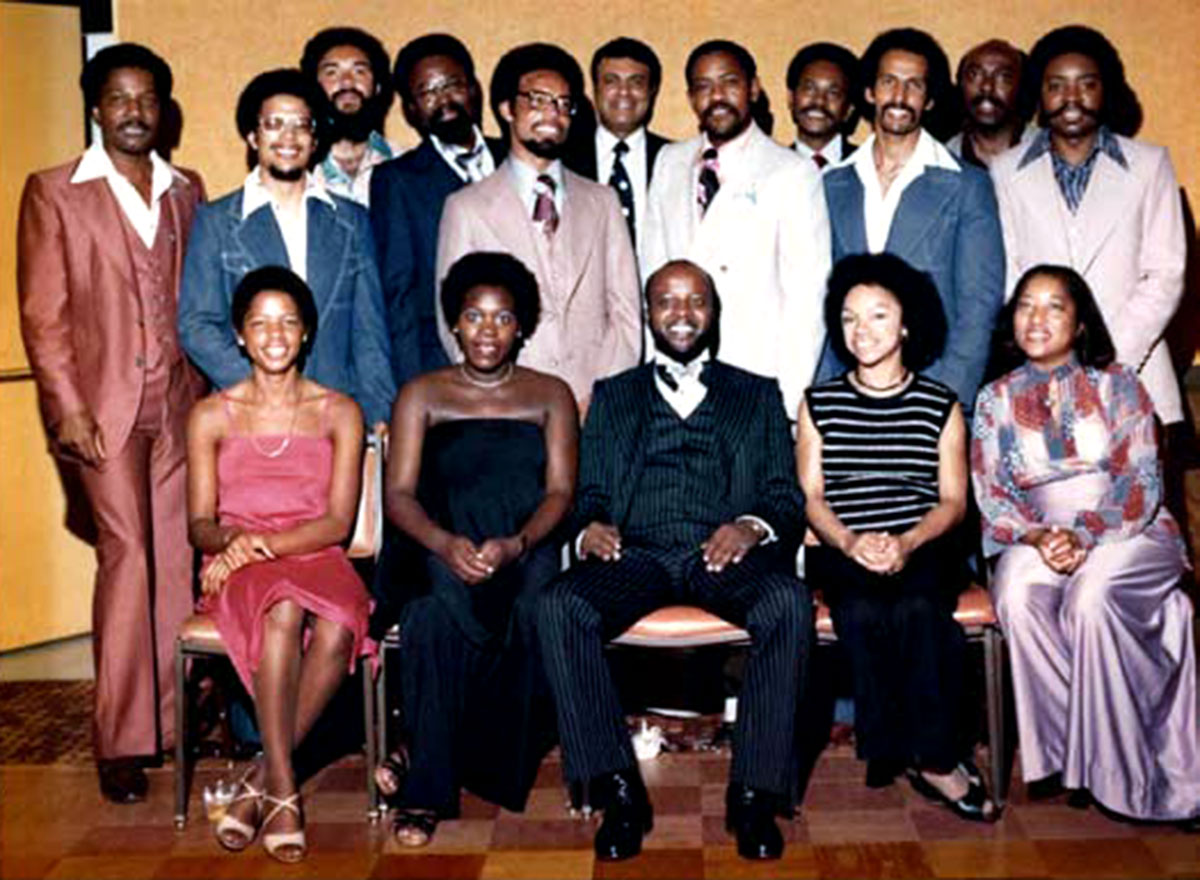 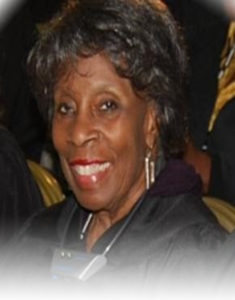 Without a doubt, Judge Elizabeth Riggs' path toward becoming the first African-American woman to serve on the bench in San Diego County had its challenges, but she often preferred not to dwell on those. A close friend and colleague recalled recently a time when she heard Riggs give a speech to a local lawyer's club that was honoring her for her achievements. Riggs' remarks were inspirational but didn't go into a lot of detail on the difficulties she had faced. "I know your story, and all the trials and tribulations, why didn't you mention them?" Judge Patricia Cookson remembered asking her friend that day. "She said, 'What would be the point? I want to encourage people to succeed.'" Friends and family members said Riggs had a long history of encouraging success in others, something she kept up long after she retired from the bench in December 2001.

After a long career as a prosecutor, Riggs was appointed to the El Cajon Municipal Court in 1979 by then-Gov. Jerry Brown. She spent the bulk of her tenure as a jurist in El Cajon, where she opened its first domestic violence court in 1997, the year before she became a Superior Court judge. Riggs remained the only black female judge on the county trial court for two decades. Superior Court Judge Desirée Bruce-Lyle, who in 2001 became the second black woman appointed to the local bench, said Riggs mentored a lot of people in the legal community, herself among them. In fact, it was Riggs who urged her to apply for a judgeship. But the two didn't share the bench for long. "She said, 'I've been holding on, waiting for another African-American woman to be appointed. Now that you're here, I'm retiring,'" Bruce-Lyle recalled with a chuckle. Judge Randa Trapp, a black woman who was appointed to the Superior Court bench in 2003, said many women of her generation regarded Riggs as an inspiration. "Just (her) being in that position gave me hope that I could be there as well," Trapp said.

Riggs served in a variety of assignments as a judge, including in the Juvenile Court. Even in retirement, she regularly filled in on juvenile delinquency and dependency assignments when other judges were unavailable, court authorities said. She helped found the Association of Black Attorneys of San Diego County, which later changed its name to the Earl B. Gilliam Bar Association, and was a past president. She served as a board member of the San Diego Legal Aid Society, Urban League of San Diego and the African-American Museum of Fine Arts. Public service and activism, family members said, were in her bones. "We grew up in a family that was fully expected to be active, and you were expected to work in the community," said Barbara Riggs, the judge's younger sister, one of seven siblings.

Judge Riggs was born and raised in Camden, N.J., where her mother had been a school board member for 30 years. Riggs earned her undergraduate degree from Bennett College in Greensboro, N.C., and later earned her juris doctor degree from Rutgers Law School. "Both my mother and father expected excellence," said Barbara Riggs, who lives in North Carolina. Over the years, the judge was recognized many times for her achievements in San Diego's legal community. She has been named a "Legend of the Bar" by the San Diego Bar History Committee, and in 2007 was honored as Woman of the Year by California's 39th Senate district. In 2008, she was inducted as a "trailblazer" in the San Diego County Women's Hall of Fame.

Trailblazing aside, to her three sons, she was simply mom. "Even though she had a tremendous responsibility to her job, she was first and foremost a mother," said Riggs-Zeigen. He said his mother, who was divorced, was involved and engaged in her children's endeavors into their adulthood. Riggs-Zeigen described his mother as a private person, but said she cultivated a large group of friends whom she met with regularly in book clubs and for theater outings and other social gatherings. And she was a top-notch Scrabble player. "I called her the Scrabble queen," Cookson said.

The Honorable Napoleon A. Jones, Jr. 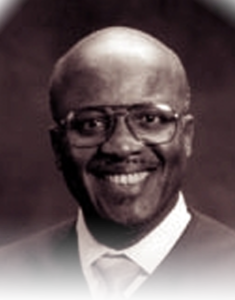 Judge Napoleon A. Jones graduated from San Diego State University in 1967 with a Master's degree in Social Work.  Five years before the Africana Studies Department was established, Jones founded and became the first president of SDSU's Black Student Council.  Before attending the University of San Diego School of Law, Judge Jones was a social worker in Foster Home Placement and Child Protective Services.  After graduating, he worked for California Rural Legal Assistance, which advocates on behalf of farm workers and other impoverished peoples, and for Defenders Inc., which represents indigent people in federal cases.  After working in private practice for two year, he served as a San Diego Municipal Court Judge and a San Diego Superior Court Judge, and in 1994, he was appointed by President Bill Clinton to the United States District Court, Southern District of California.

As one of the few African-America judges in San Diego County, he is fondly remembered for helping pave the way for minorities. Judge Jones made mentoring and advising others part of his mission.

Attorneys and colleagues remember Judge Jones as patient, contemplative, and scrupulously impartial. He never forgot that everyone in the courtroom - be they witnesses or defendants - were human beings, and was dedicating to creating an atmosphere in which justice can be pursued. 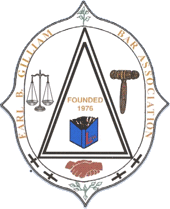 Any Member in good standing may nominate potential "trailblazers" to be featured on the EBGBA site.

Min Requirements for Nominee: 10 years of local (San Diego County practice); 5 or more years of EBGBA Membership "and" must be member in good standing during year of nomination (unless posthumously nominated); unanimous Board Approval or membership petition with signed by 2/3 of EBGBA members in Good Standing.

A draft biography must be provided by the nominator unless otherwise advised by the Board.

Trailblazers will be featured with a photo and biography and not removed from the official EBGBA website, unless by unanimous vote of the Board or a membership petition signed by 3/4 of EBGBA members in good standing.

To nominate, please e-mail the biography and a photo of the member to ebgbassociation@gmail.com.