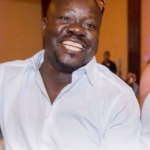 On September 27, 2016, an El Cajon Police officer shot and killed Alfred Okwera Olango, a Ugandan refugee. Mr. Olango was neither armed nor dangerous. Rather, he was distraught over the recent death of a friend and, as a result, his sister called 911 seeking assistance for him.

The Earl B. Gilliam Bar Association immediately called on the U.S. Department of Justice to investigate the egregious civil rights abuses that resulted in Mr. Olango’s death. On November 7, 2016, the EBGBA submitted their complaint and request for an investigation to the Civil Rights Division of the U.S. Department of Justice. Alliance San Diego, Righteous Living Ministries in El Cajon, the National Action Network in San Diego, the NAACP San Diego Branch, and the Urban League of San Diego County have joined in this complaint and request.

Attached is a copy of our Complaint and Request for Investigation of the El Cajon Police Department based on its Civil Rights Violations. The EBGBA would like to thank members Andrea St. Julian, Chris Hines, and Maresa Martin for their dedicated, hard work on this important follow-up to the September 28, 2016 press release issued after the shooting death of Mr. Alfred Olango by an El Cajon police officer.

The Earl B. Gilliam Bar Association (EBGBA) is a nonprofit organization comprised of attorneys who practice in San Diego, California. EBGBA’s mission is to advance the political, economic, educational, social, legislative and legal interests of the African American community in San Diego County. It is committed to defending the legal and human rights of all citizens, promote the administration of justice and eradicate the root causes of racism.

After calling on the Department of Justice to investigate the shooting of Alfred Olango by the El Cajon Police Department, the DOJ responded, and asked the EBGBA to provide the department with documents to aid in their investigation.

On April 25, 2017, the Earl B. Gilliam Bar Association filed a formal request with the City of El Cajon under the California Public Records Act, seeking documents relating to the death of Alfred Olango and law enforcement responses to the public demonstrations that followed.

To read a copy of the Association’s request, please click here.